Despite a backdrop of trade wars, Brexit and other geo political uncertainties most regions have experienced an environment of increasing interest rates as the outlook is interpreted as generally positive. This has been most pronounced in North America but also felt in the UK, Australia and Europe.

When it comes to year-end reporting, companies that have used interest rate swaps to hedge debt will see an improvement in the valuation of these swaps, either a less negative mark-to-market or a positive mark-to-market depending on the rate at the time the interest rate swap was transacted. Many companies entered long dated swaps at what appeared to be historically attractive levels, only to see global interest rate fall further as the post GFC environment worsened and interest rates stayed lower for much longer than most expected. As economic conditions improve (trade wars aside) and interest rates climb higher then this has a positive impact on valuations of pay fixed swaps used by borrowers.

At year-end reporting time many companies will be experiencing a positive impact on the P&L from revaluing their interest rate derivatives (those not hedge accounting). The charts below are a 12-month snapshot of the yield curves. The US has increased the most whilst NZ has gone sideways. 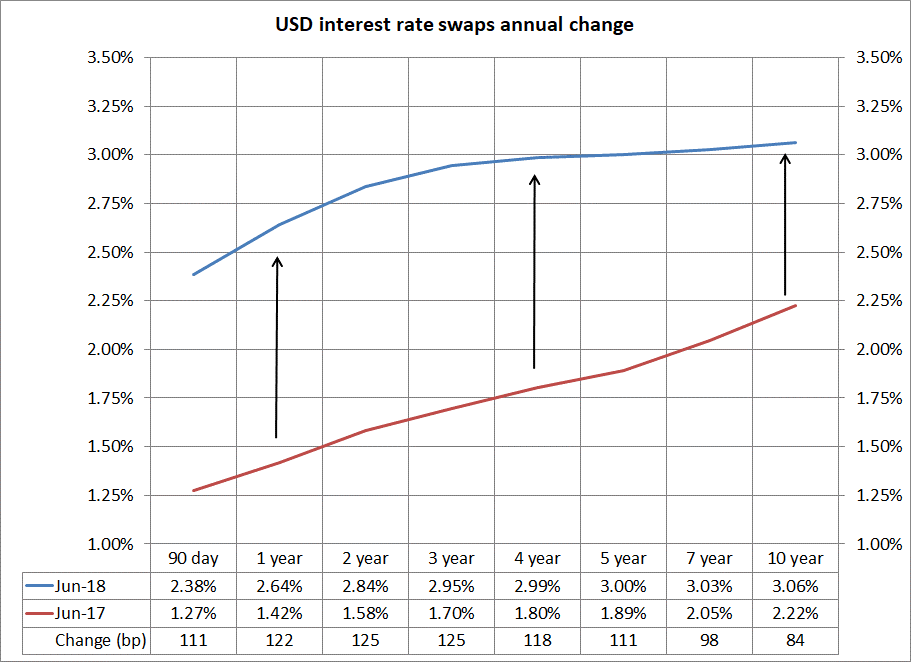 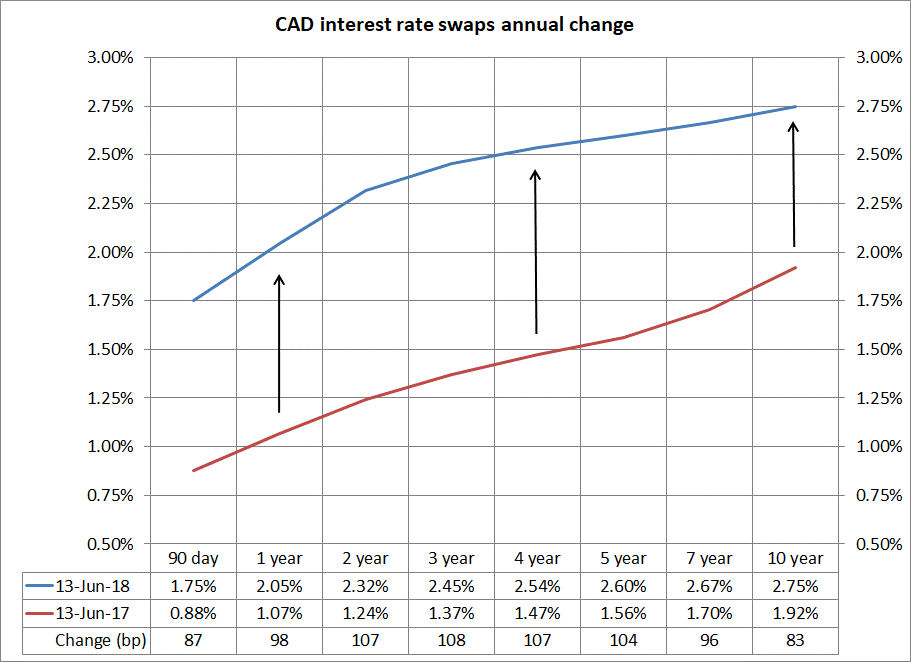 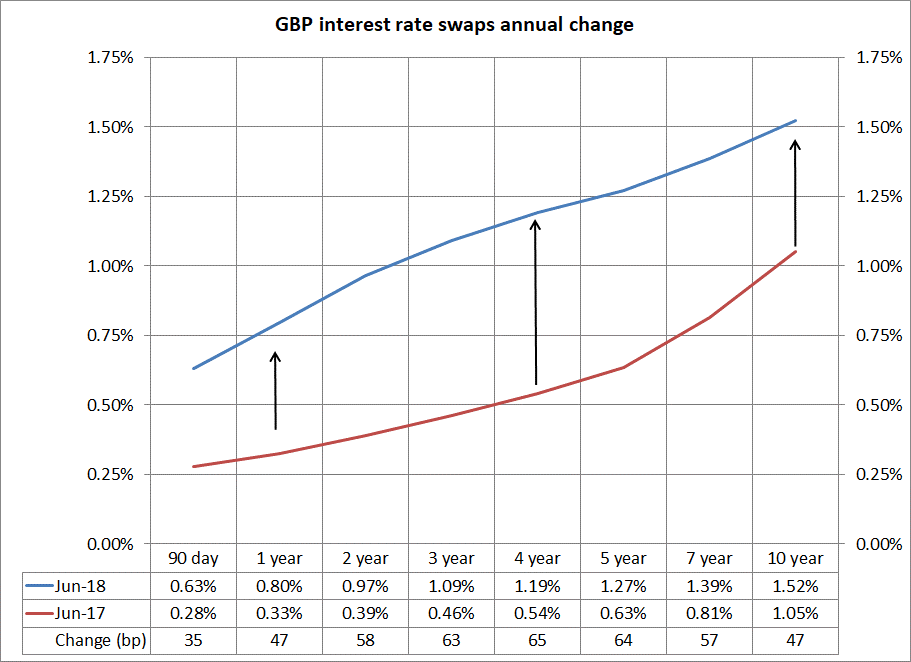 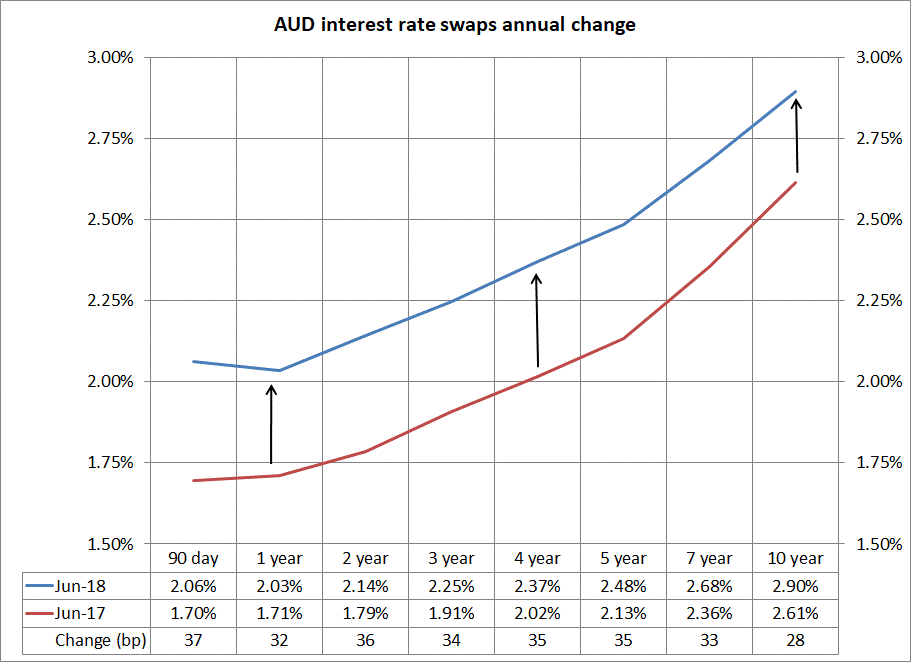 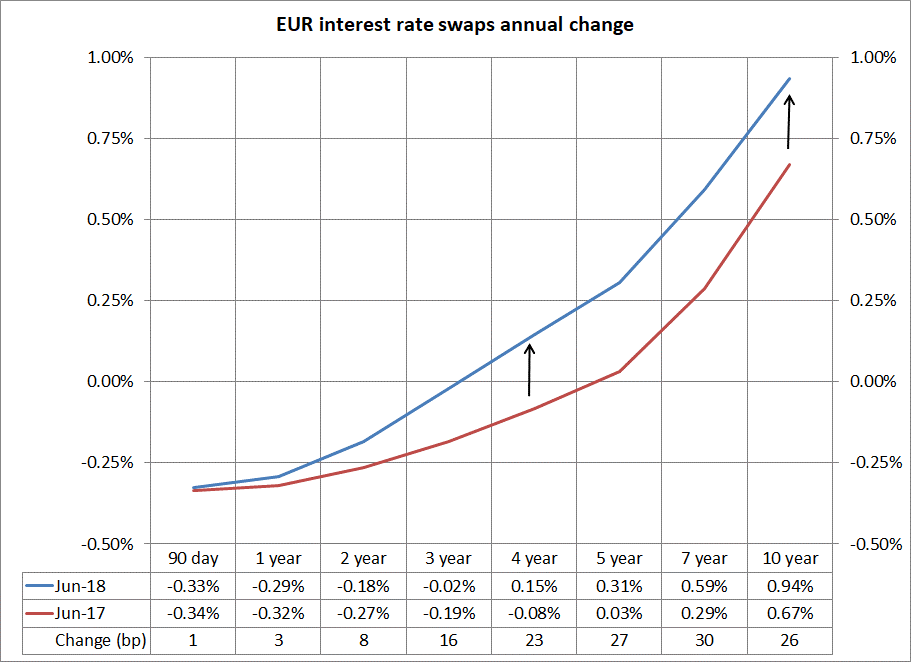 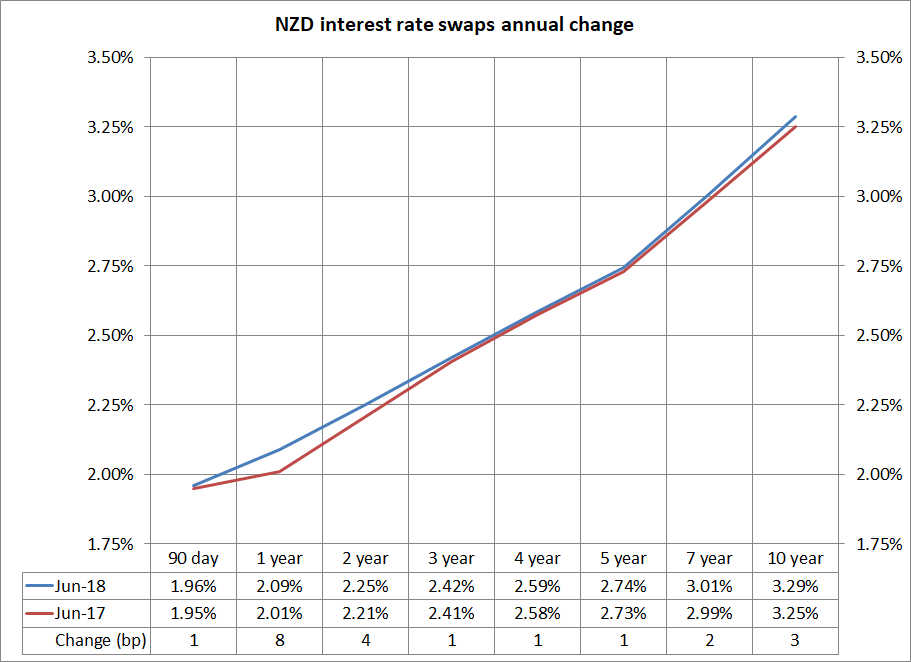 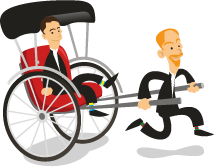