An Introduction to Currency Risk for Importers and Exporters

Import and export companies face the daunting task of dealing with foreign exchange risk that can easily alter revenues from overseas; with smaller cash reserves, exchange rate fluctuations can be the difference between profits and losses. Although FX volatility has been trending towards multiyear lows for the past few months, the last few years since the financial crisis have seen exceptionally high rates of FX volatility that make it difficult for firms, both large and small alike, to accurately price products sold overseas where a non-domestic currency is used. 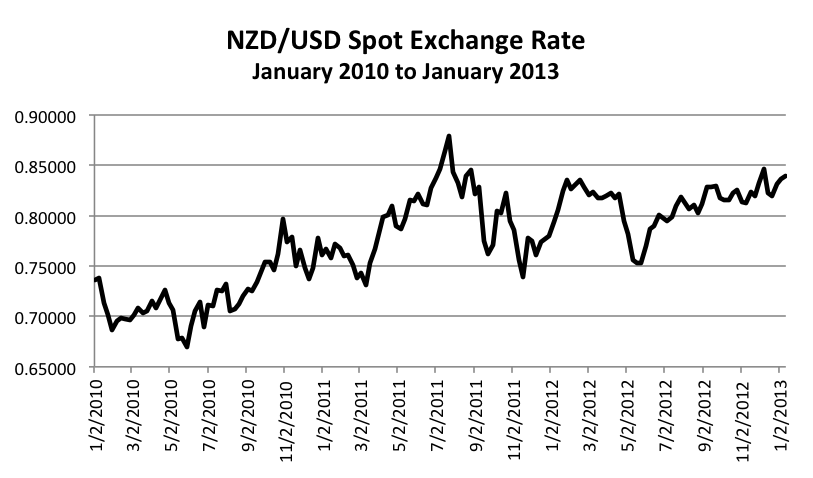 For companies in New Zealand, for example, overseas sales are rarely calculated in New Zealand Dollars, considering it is a generally accepted practice that export sales are invoiced in the foreign buyer’s currency. With the New Zealand Dollar’s exchange rate seeing large, rapid swings frequently against major currencies such as the Australian Dollar, the Euro, the Japanese Yen, and the U.S. Dollar, it has often been more difficult for companies dealing with business overseas to accurately forecast revenue streams. This risk to the bottom line – the likelihood that a change in foreign exchange rates will negatively impact revenues – is known as foreign exchange risk, or currency risk.

For exporters, currency risk materializes when exchange rate volatility results in the company repatriating fewer revenues abroad, when the domestic currency strengthens relative to the foreign currency. For importers, this risk is the exact opposite: currency risk materializes when the domestic currency weakens relative to the foreign currency. This is true because of purchasing power parity, the relative equilibrium of exchange rates between two currencies so that an identical good in country A costs the same in country B.

Exporters and importers face these same risks. Importers in country A see weakened demand and smaller revenues as a result of the stronger currency; while exporters in country B see strengthened demand and greater revenues as a result of the weaker currency. When a company’s cash flow is negatively impacted by currency risk, it is known as transaction exposure.

In the next blog post, we will discuss the four different types of transaction exposure, and when and why it is appropriate to hedge against currency risk.