When shifts in foreign exchange rates are not hedged against, firms unnecessarily take on transaction exposure, or FX risk that negatively impacts cash flows. Typically, small- and medium-sized firms do not hedge against transaction exposure, despite the negative impacts it may have on profitability. Consider the FX relationship between two closely knit economies, Australia and New Zealand: the AUDNZD exchange rate has been as high as 1.3277 (December 2011) and as low as 1.2370 (October 2012) over the past year. 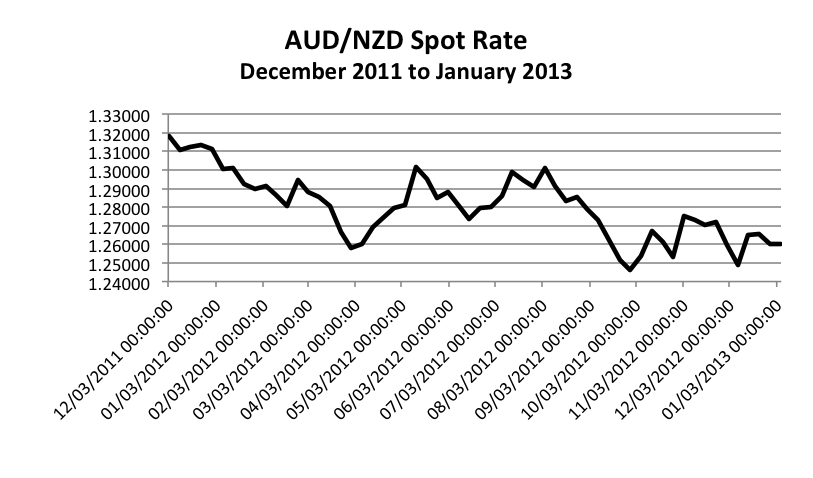 There are two other main types of currency risk posed to importers and exporters: accounting exposure and economic exposure. Accounting exposure comes about when firms have liabilities overseas, and must convert the foreign denominated liabilities back into the domestic currency. Unless exchange rates remain stable (a less common occurrence over the past few years), the liability conversion results in either gains or losses. Economic exposure tends to be limited to firms only operating domestically. For example, if a New Zealand firm only sells at home, but the New Zealand Dollar gains in value, consumers might look to competitors overseas given increased purchasing power; despite not being a participant in international markets, the shift in exchange rates could still have a negative impact on business.

The next post will discuss why it is thus important to hedge, and what the necessary steps are for a company to manage its foreign exchange risk.