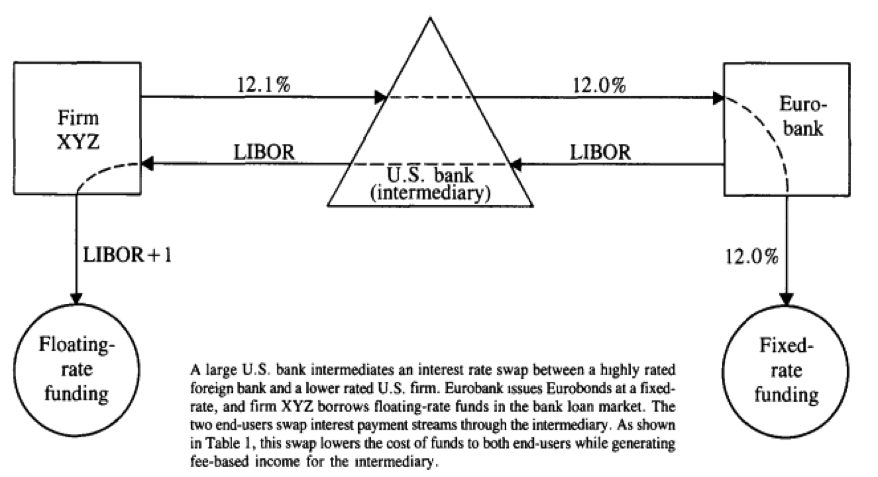 This is a chart provided in the March 1987 Federal Reserve paper “Interest Rate Swaps: Risk and Regulation,” by J. Gregg Whitataker. It remains perhaps the simplest and best diagram to date on how a fixed-for-floating swap works.

An example to illustrate

In part 4 of 10 of this series, we’ll discuss floating-for-floating and fixed-for-fixed swaps.